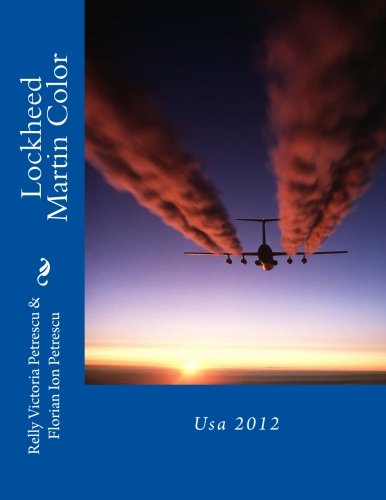 Lockheed Martin (NYSE: LMT) is an American global aerospace, defense, security, and advanced technology company with worldwide interests. It was formed by the merger of Lockheed Corporation with Martin Marietta in March 1995. It is headquartered in Bethesda, Maryland, in the Washington Metropolitan Area. Lockheed Martin employs 123,000 people worldwide. Robert J. Stevens is the current Chairman and Chief Executive Officer. Lockheed Martin is one of the world's largest defense contractors; In 2009, 74% of Lockheed Martin's revenues came from military sales. It received 7.1% of the funds paid out by the Pentagon. Lockheed Martin operates in four business segments. These comprise, with respective percentages of 2009 total net sales of $45.2 billion, Aeronautics (27%), Electronic Systems (27%), Information Systems & Global Solutions (27%), and Space Systems (19%). In 2009 US Government contracts accounted for $38.4 billion (85%), foreign government contracts $5.8 billion (13%), and commercial and other contracts for $900 million (2%). In both 2009 and 2008 the company topped the list of US Federal Contractors. The company has received the Collier Trophy six times. Most recently (in 2001) for being part of developing the X-35/F-35B LiftFan Propulsion System, and again in 2006 for leading the team that developed the F-22 Raptor fighter jet. Lockheed Martin is currently developing the F-35 Lightning II. Merger talks between Lockheed Corporation and Martin Marietta began in March 1994, with the companies announcing their $10 billion planned merger on August 30, 1994. The deal was finalized on March 15, 1995 when the two companies' shareholders approved the merger. The segments of the two companies not retained by the new company formed the basis for the present L-3 Communications, a mid-size defense contractor in its own right. Lockheed Martin later spun off the materials company Martin Marietta Materials. Both companies contributed important products to the new portfolio. Lockheed products included the Trident missile, P-3 Orion, F-16 Fighting Falcon, F-22 Raptor, C-130 Hercules, A-4AR Fightinghawk and the DSCS-3 satellite. Martin Marietta products included Titan rockets, Sandia National Laboratories (management contract acquired in 1993), Space Shuttle External Tank, Viking 1 and Viking 2 landers, the Transfer Orbit Stage (under subcontract to Orbital Sciences Corporation) and various satellite models. On April 22, 1996, Lockheed Martin completed the acquisition of Loral Corporation's defense electronics and system integration businesses for $9.1 billion, the deal having been announced in January. The remainder of Loral became Loral Space & Communications. Lockheed Martin abandoned plans for a $8.3 billion merger with Northrop Grumman on July 16, 1998, due to government concerns over the potential strength of the new group; Lockheed/Northrop would have had control of 25% of the Department of Defense's procurement budget. Lockheed Martin provided NASA with measurements in US Customary force units when metric was expected, resulting in the loss of the Mars Climate Orbiter at a cost of $125 million. The cost for spacecraft development was $193.1 million.
Show More
Reviews